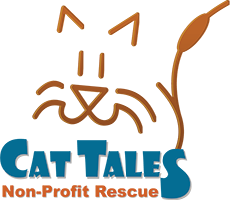 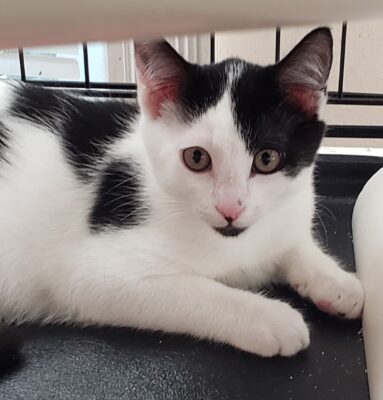 Alfie and his brothers (Henry, Buster, Otto) came to Cat Tales when they were about 6 weeks old. It was clear that they had not been around humans because they were terrified of us at first. It took a little while before he began to seek attention from us but now, he loves to be petted and purrs to show his appreciation. He is still not enthusiastic about being picked up, but we're working on it. It would be best if he was adopted by someone who is willing to continue working with him as he adjusts to a new environment.